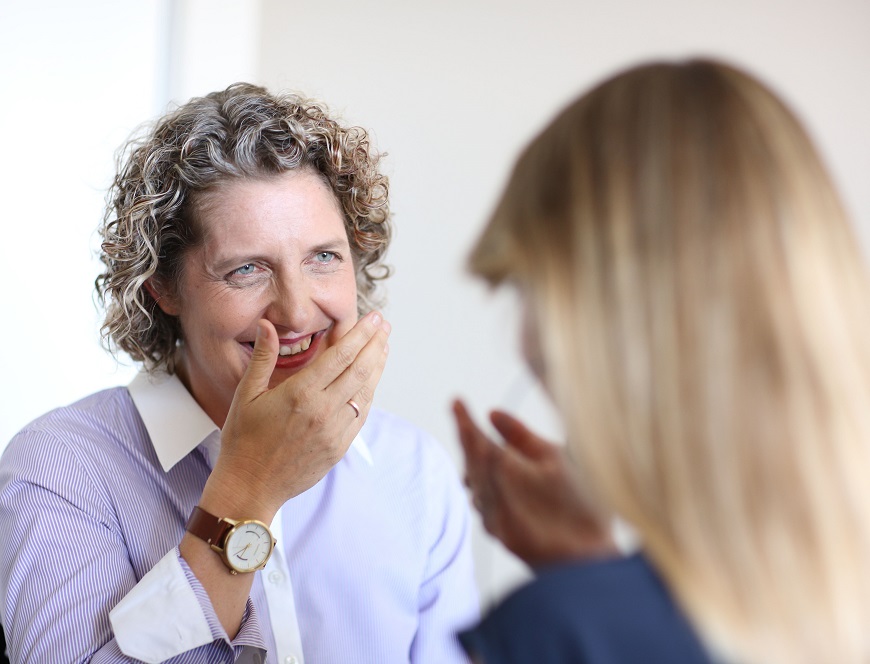 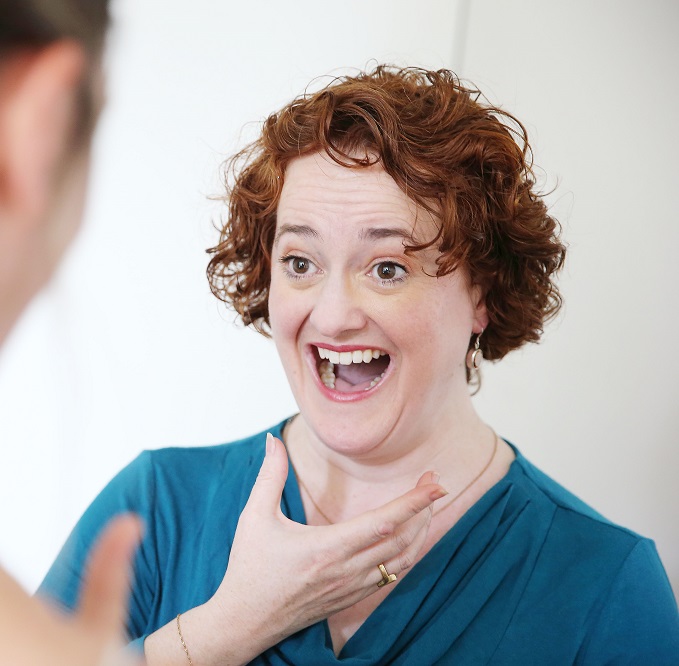 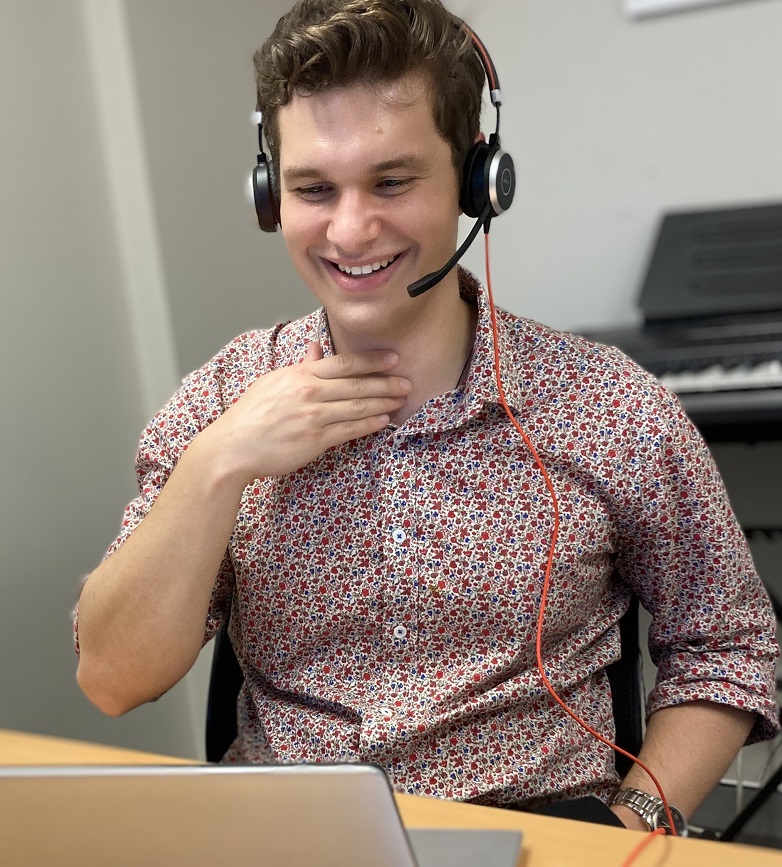 We are a team of 5 expert clinicians with extensive experience and knowledge across voice, speech, upper airway problems and a range of other communication and swallowing disorders, working across 5 locations in Sydney and providing online services nationally and internationally.

All of our clinicians are committed to the highest standard of care and implementing best practice. They have a range of experience in classical singing, acting, choir and performance, and all of them are active in research and teaching at University level. They are also active in providing and accessing professional development across a range of professional organisations. We work as a cohesive team committed to a culture of empathy, openness and enquiry. We are dedicated to providing clients with whatever is needed to get the best possible outcome to achieve their individual needs and aspirations.

To provide the highest level of care and best possible outcomes to people with voice, speech, swallowing and upper airway disorders based on their individual needs and the latest research evidence. We work closely with multi-disciplinary professionals such as GPs, ENTs, Respiratory Specialists, Psychologists, Worker’s Compensation case managers, rehabilitation specialists, and NDIS providers to ensure each of our clients receives the care and support best suited to their individual circumstances.

Not only do we follow best practice, we aim to contribute to the knowledge base that informs best practice by pursuing a rigorous research culture within our practice. This means that clients can track their progress using online data collection tools, have access to novel treatment opportunities and be involved in research studies that improve assessment and treatment practices worldwide. 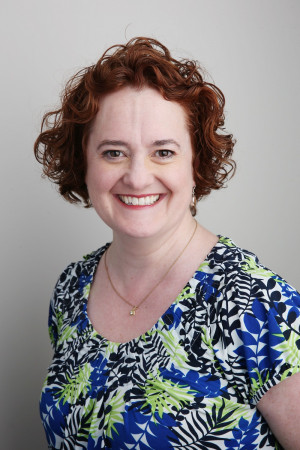 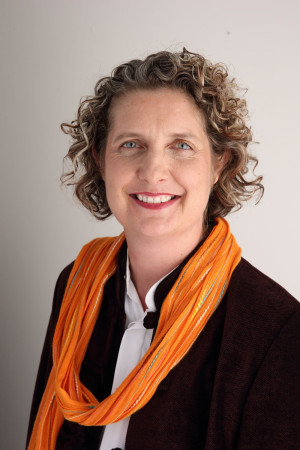 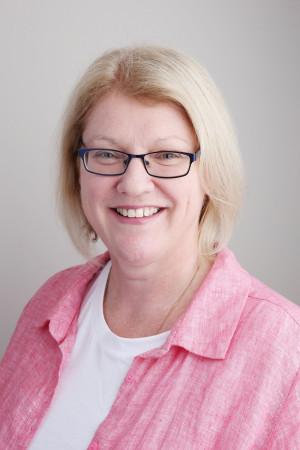 Alisa is a Certified Practising Speech Pathologist with a Masters in Speech Language Pathology from The University of Sydney. Originally trained as an actor, she obtained her Bachelor of Arts in Performance at Theatre Nepean at the University of Western Sydney where she developed her understanding of using the voice as a performance tool. Alisa joined Cate Madill Voice & Speech in 2013 and since then has had the privilege of helping both adults and children with their voice difficulties.

Alisa has a particular interest in voice disorders in both children and adults, including muscle tension dysphonia/ nodules, pre/post surgical voice treatment, workers compensation cases, return to work plans as well as working with performers and other professional voice users.

Alisa is an LSVT LOUD® certified clinician trained to deliver specialised voice therapy to clients with Parkinson disease and other neurological conditions. She has also undergone advanced training in Voicecraft techniques such as Sob Voice therapy and Yell Well, a program for children with nodules.

Alisa has worked in numerous settings including community health, hospitals and disability services. She is committed to working together with clients and their families to create specific programs that target each client’s individual needs. Alisa has been delivering voice therapy both in face to face settings and via telehealth (online consulting) for many years.

Cate has worked as a voice trainer, Certified Practising Speech Pathologist, and voice therapist for the last 20 years. She is recognized nationally and internationally and has published in peer-reviewed academic journals.

She is regularly invited to speak to media, offering insight into wide-ranging topics, from the secrets of a great radio voice to the speech patterns of politicians. Read and listen to her media appearances here.

Dr. Madill originally trained as an actor at the Flinders University of South Australia during which time she discovered the work of Jo Estill and ‘Voicecraft™’, an approach to voice training that focuses on empowering the individual to maximize their voice through knowledge and skill. She pursued this approach over the next 10 years and is comprehensively trained in the use of the techniques.

Working as a voice coach in Sydney fuelled her interest in vocal function and disorder, leading to the completion of a Speech Pathology degree in 1998, with honours and the University medal for her research into describing vocal function.  She then worked in aged care rehabilitation services and in a voice practice for the next 5 years. She has worked as a part-time lecturer in Voice in both Speech Pathology and Acting degrees whilst completing her PhD in voice quality and personality attribution research.

Since taking up a University lecturing and research position, she has expanded her research in voice into investigating the supra-normal speaking voice, principles of motor learning in voice therapy and training, laryngeal biomechanics and optimizing vocal function in the treatment of professional voice users such as teachers, singers, actors barriers & public speakers. She has applied this knowledge to the treatment of voice clients in her private practice over the last 12 years.

Cate is an Honorary Associate of the Children’s Hospital at Westmead, a member of the Australian Voice Association, the NSW Voice Interest Group and the NSW Evidence-Based Practice in Voice working group. She is voice consultant to the radio department at the Australian Film, Television and Radio School and has conducted voice training workshops for actors, singers, teachers, call centres and auctioneers. She has undergone training in a range of voice techniques including Voicecraft™, Estill Voice Training™, Lessac Madsen Resonant Voice, LSVT.

She is experienced in the diagnosis and treatment of voice disorders in voice professionals and training increased vocal effectiveness in those people who depend on vocal skill to inform, move, motivate and inspire.

Cate consults at our Westmead, St Leonards and Ultimo rooms.

Bec started her working life in the insurance industry with her father. She then moved to QBE Insurance, initially as an underwriter and subsequently as a User Acceptance Testing Manager for Y2K. Whilst having her children she moved into security administration with QBE until she left to be a full time mum with the birth of her third child. She spent many years raising her young family and in 2015 she re-joined the workforce in a small administrative role with Cate Madill Voice & Speech, really just to ‘help out with a bit of scanning’. Her role grew quickly as the business expanded and she now runs administration for both Cate Madill Voice & Speech in Sydney and Adelaide Voice and Speech Services. She finds herself very busy but fulfilled juggling her time between managing the clinics and raising 3 very beautiful children.

Tricia is also available to consult to speech pathologists and families requiring second opinion assessment and recommendations for children with childhood apraxia of speech, paediatric dysarthria or complex phonological disorders.

Tricia provides training and development workshops both locally and internationally to speech pathologists and other professionals. Topics include assessment, differential diagnosis and treatment of severe speech disorders in children. Tricia also has an extensive research portfolio. Please contact the practice for information about these services or for further information.

Tricia consults at the Ultimo rooms.

Evan is a Certified Practising Speech Pathologist with a Masters of Speech Language Pathology from the University of Sydney. He originally trained as a singer and completed a Bachelor of Music (Performance) at the Sydney Conservatorium where he developed an interest in vocal anatomy and function as well as the importance of the voice in being able to communicate and perform effectively. Evan has undergone additional training in voice techniques such as VoiceCraft which he uses to assist clients in developing a vocal technique to meet their everyday demands. He has a particular interest in working with professional voice users such as teachers, actors and singers. He also enjoys working with children with speech, language and fluency difficulties.

Evan has worked with clients in hospital, aged care, community health and private practise settings. He also has experience supervising student speech pathologists and assists with voice research conducted at the University of Sydney. He enjoys working with clients to develop plans which are realistic and meet their everyday needs.

Evan consults at our Westmead, Ultimo and Penrith rooms.

Antonia graduated from The University of Sydney in 2016 with a Bachelor of Applied Science (Speech Pathology) with First Class Honours. She was also awarded the University Medal for her academic and research achievements.

Antonia currently works in a variety of roles through The University of Sydney’s Doctor Liang Voice Program. This involves conducting research into the voice and voice disorders, co-supervising third and final-year honours research students and coordinating The University of Sydney Voice Assessment Clinic, where she provides clinical education to speech pathology students in the final stages of their degree, while simultaneously delivering comprehensive multi-disciplinary voice assessment, diagnosis and recommendations to members of the community.

Antonia has a keen interest in voice disorders, as evidenced through her completion of workshops in diagnostic stroboscopy and Voicecraft; an evidence-based, holistic approach to voice intervention. She also provides services across the spectrum of Speech Pathology, including swallowing, stuttering, speech and language. Antonia is a member of Speech Pathology Australia and is recognised by the association as a Certified Practising Speech Pathologist (CPSP).

Antonia consults at our Westmead and Ultimo rooms. 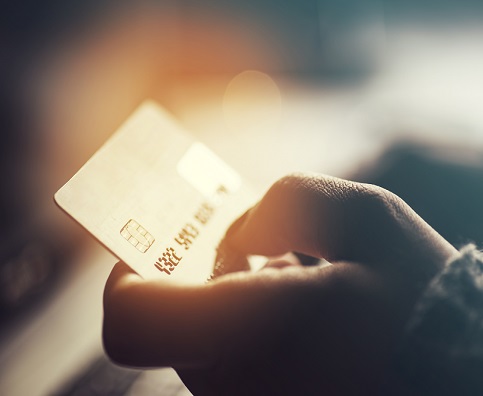 Payment is due at the time of consult either via MasterCard, Visa and cash or bank transfer by prior arrangement. All of our clinicians are registered Medicare Providers and therefore automatically approved with all Private Health funds.  Rebates may be available through the following ways:

Speech Pathology is not automatically covered by Medicare. However you may be entitled to a rebate for some sessions, and your GP will advise if you are eligible or not. To claim the rebate from Medicare you will need an Enhanced Primary Care Plan (EPC) or Chronic Medical Condition Care Plan (CMC) referral from your GP. Please bring this paperwork to your appointment. The EPC/CMC entitles you to a maximum of 5 subsidised sessions per year. The current rebate is $54.60 and can be processed once your account has been paid. Please note that these referrals DO NOT mean the sessions are free. There will be out of pocket expenses. Please contact us on 1300 8VOICE (1300 886 423) for further information.

We are able to see NDIS clients who are either self-funded or plan managed. This means you can use funding from your ‘Improved Daily Living’ budget under your NDIS plan to see our Speech Pathologists at any of our clinics.  Please contact us for more information.

We are approved to provide services for insurance companies, including workers compensation claims, CTP claims and medico-legal cases. Provided you have written approval from the third party we can bill them directly for services.

In order to be able to offer our services to all people who require them we ask that if you need to cancel or reschedule your appointment, you give us a minimum of 2 working days (48 hours) notice. Fees will apply if less than 48 hours notice is given or for failure to attend a booked appointment without notice 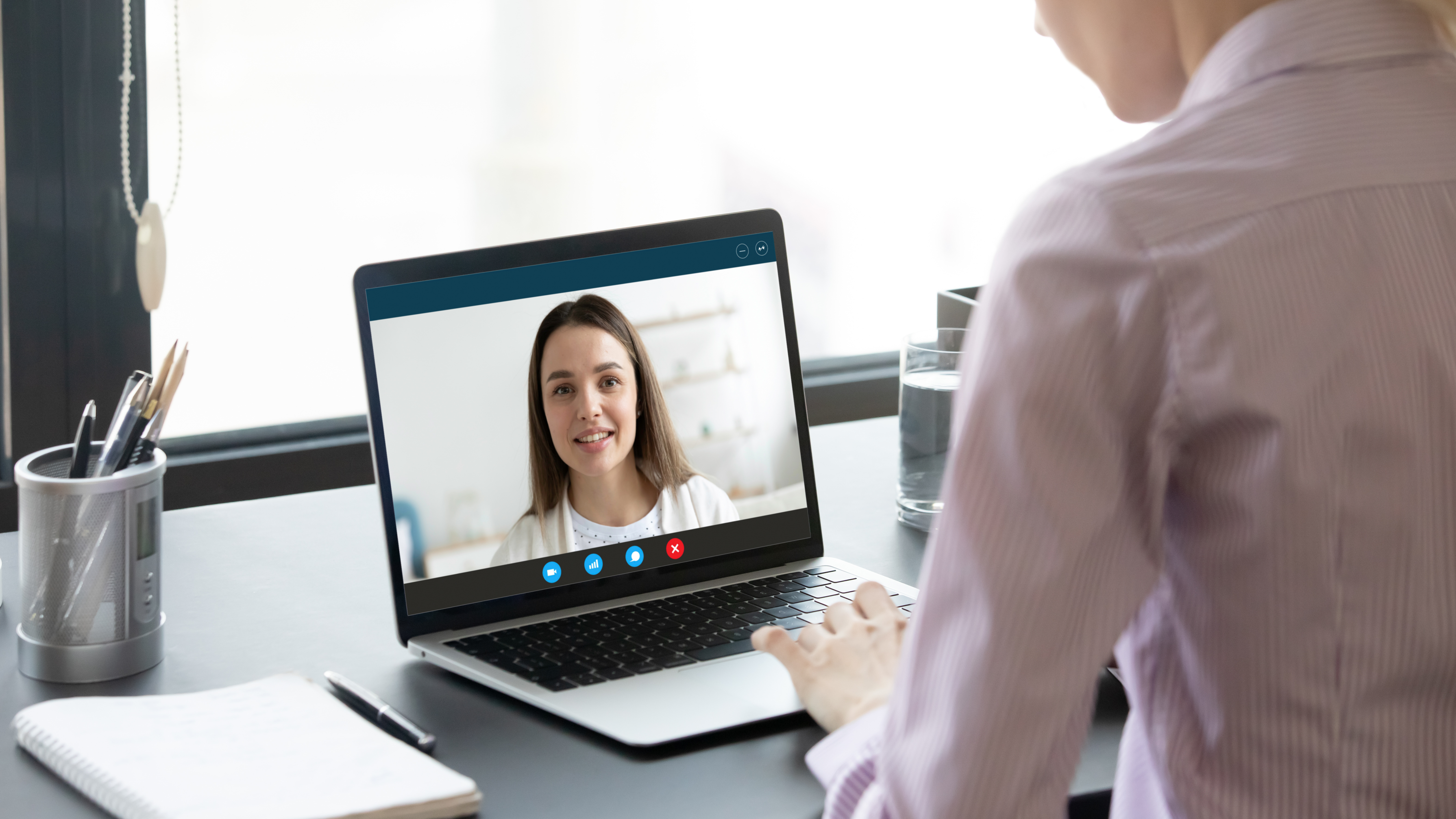 We have been offering speech therapy via telehealth for many years to clients who have not been able to come into our office. This option allows you to enjoy the benefits of having therapy conducted in your own space, either at home or at work. If at all possible it is preferable for voice clients to have their initial session conducted face to face and you can discuss moving to telehealth with your clinician during this first session.

WE CONSULT IN 5 LOCATIONS ACROSS SYDNEY